Download Soccer Manager 2021 APK Latest Version If you are familiar with management games and soccer coaching, you should know that many games have been introduced in this area and this style is one of the most popular among sports and management games.
Download
4.1/5 Votes: 40,325
Report
Developer
Soccer Manager LtdVersion
v1.1.7
Updated
November 18, 2020Requirements
5.1 and up
Size
115MGet it on

Download Soccer Manager 2021 APK Latest Version If you are familiar with management games and soccer coaching, you should know that many games have been introduced in this area and this style is one of the most popular among sports and management games. The Soccer Manager series of games is among the highest quality and attractive games. One of the advantages of this series of games, which is often not present in many other similar games, is the new updates of the transfers in world football. Also in this series of games, all real players in the world are simulated as clubs and national teams are designed.

In Soccer Manager 2021 – soccer management game, you can start your coaching and managerial career by choosing the team you want from among hundreds of different clubs or national teams. You’re not just a coach, but a manager of a club or national team with a lot of work to do. One of your most important tasks is to buy, sponsor or sell different players and build a professional team of soccer players. You have to participate in many competitions including championships, leagues and cups and try to succeed in all competitions. Just like the coach, you can change your squad’s lineup according to what you want before the game starts, change players’ mode and use different strategies.

According to the game designer in Soccer Manager 2021 – Football Management Game, there are more than 800 different teams from real teams around the world. After managing the team, you can go to competitions and see the result of your work in the form of a soccer show. You can see detailed game information at the end of each game. The game display section is designed in 3D and tries to make all real players have an accurate look and feel.

Football Management Game
* Choose from over 800 clubs from 33 countries.
* Build football stadiums and club facilities in stunning 3D animations.
* Football coach games where you nurture the talent with the club facility.
* Football manager success is rewarded with job offers to further your managerial career.

Football Team Builder
* Football superstar trading: decide who to sell and buy using the sophisticated transfer market.
* Find football league talents or proven stars.
* Coach and take control of your team’s training and get the best out of your players.
* Create your formation and line-up of your top eleven for each game.

Football Games in 3D
* Watch football games live in a realistic 3D simulation.
* Football coaching: react to your opponent during the game by making live tactical changes.
* Analyse your football team’s performance as soccer manager during and after games with in-depth statistics.

Fantasy Football Manager
* Your football manager decisions affect the attitude of the board, players and even the fans.
* Online football games with a realistic game economy.
* Football teams and players are generated from our extensive online community database. 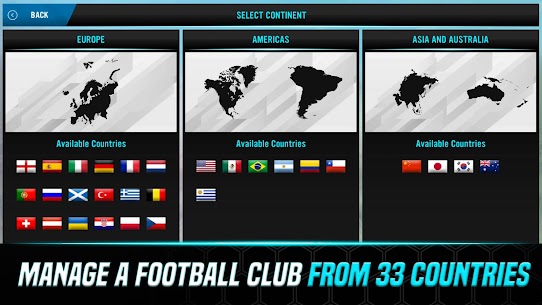 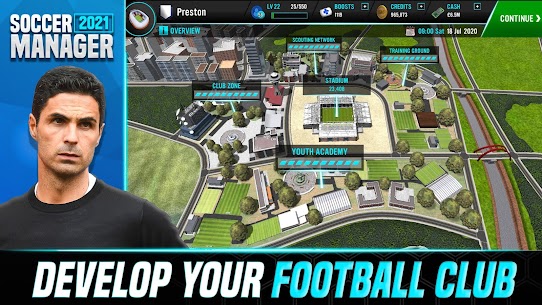 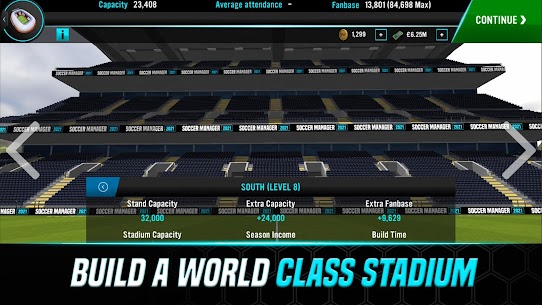 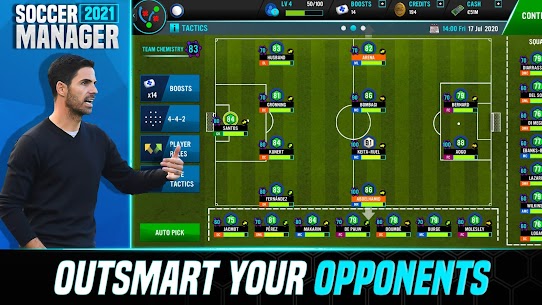